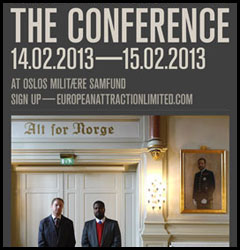 The two day conference European Attraction Limited attempted to put to the table a non-parochial view on the relevance of a proposed project to recreate a human zoo that occurred in Oslo in 1914.

Prior to the exhibition European Atraction Limited, art theorists and academics create a narrative around possible approaches to understand a project that had not yet been done. In May 2011 Fadlabi and Lars Cuzner received funding from KORO/URO to commence the three year project European Attraction Limited. The rebuilding of Kongolandsbyen from the 1914 world fair in Oslo.

Will Bradley, The Revolution Performed by the Workers Themselves

Rikke Andreassen, Human Exhibitions. Race, Gender and Sexuality at the Turn of the Century

Tejumola Olaniyan, The Misconception of Modernity

Bambi Ceuppens, Whose Museum is it Anyway?

Sandy Prita Meier, The Imaginary Other

Susan Buck-Morss, History as a Gift

Nina Witoszek, The Origins of the ‘Regime of Goodness’

-Salah Hassan, The Darkest Africa Syndrome: the Idea of Africa and its (Re)presentation 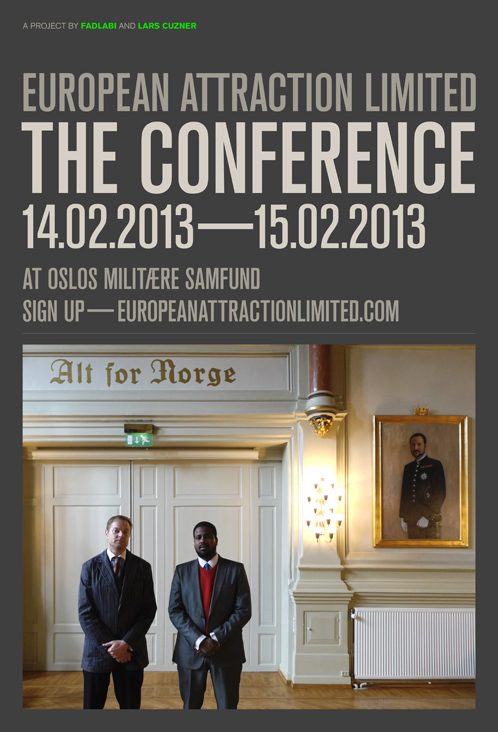 The challenge in thinking through Lars Cuzner and Mohamed Ali Fadlabi’s proposal to recreate the Congolese Village exhibit from Oslo’s 1914 centenary exhibition is to escape the straightforward statement that it seems to offer. This short text aims to reexamine the starting point, to question the ready-made terms of the debate, to look beyond the instant ideological meaning and break open the polarised imagery, in order to escape conclusions that otherwise might seem natural and obvious.

We should begin with the facts as they are recorded. London-based, Hungarian-born impressario Benno Singer was engaged by the Oslo 1914 exhibition committee to produce an amusement park as part of a large-scale outdoor international exhibition in Frogner Park celebrating the one hundred-year anniversary of the Norwegian constitution. The Congolese village was in turn part of Singer’s fairground, alongside a rollercoaster and a pantomime theatre among other attractions. Eighty people, apparently from the Congo (no certain confirmation of their country of origin has yet been found, but a visitor reported conversing with them in French), performed some version of their imagined daily life for the Oslo public in a setting built to resemble an ‘authentic’ African village. The reactions from the Norwegian press were overtly racist: ‘exceedingly funny’ wrote Norway’s newspaper of record, Aftenposten; ‘it’s wonderful that we are white!’ wrote a now-defunct magazine called Urd. But as an attraction the village was great success, and it was credited with drawing a significant part of the 1.4 million reported visitors to the exhibition.

Oslo was late when it came to staging an international exhibition, behind even Bergen which had held an International Fisheries Exhibition in 1898. The genre was, of course, pioneered in France, and in general was dedicated to showcasing the wealth accumulated through the two central methods of capitalist expansion, industrial organisation and colonisation. The Oslo exhibition was atypical in that it celebrated neither industry nor colonial expansion, but rather a political moment that must, in practice, have referred more directly to Norway’s recently-gained independence. Still, for reasons a future historian must elucidate in detail, it took the 19th century exhibition model as its blueprint, and so participated in the projection of a capitalist and colonialist state image modelled on that of its European neighbours.

The primary precursor to the Congolese Village in Oslo is the 1897 exhibition at the Brussels International Exhibition, which explicitly celebrated Belgium’s brutal African conquests; several of the 267 Conglese citizens transported to Brussels for the occasion died during the exhibition period, and were buried in a common grave. Despite this early setback, in the following years it seems that the pantomime African village became a regular feature of the international exhibition circuit, a modern extension of the carnival freakshow married to a colonialist ideology of European domination.

At this point the situation might seem clear. A naive Norwegian public are faced with an African other created by Belgian colonialism and presented as a carnival freakshow by an entrepreneur who knows how to create a sensation that will draw the crowds. And to self-consciously re-present this situation now, as Cuzner and Fadlabi plan to do, is both to point to historical Norwegian racism, and to ask what has changed since then, or even to suggest that some of these historical racist attitudes have survived.

This looks like an eminently reasonable conclusion, perfectly compatible with a contemporary liberal worldview, but it’s also a trap, constructed in part from the racist ideology that framed Singer’s own plans for a European Attraction. Looking more closely at the production of the Congolese Village, it is easier to see other political dimensions that might alter its contemporary interpretation.

Even from the very incomplete public records of the exhibition, two things stand out.

First, it seems that the Congolese Village was initially conceived as a Sami Village. In a Norwegian context, the Sami people are of course the proper colonial other, Norway’s unspoken conquest, and as such their representatives might well have have played the same uncomfortable role in the Oslo exhibition that the inhabitants of the Congo played in Brussels in 1897. But the exhibition committee rejected this idea on political grounds, since the Sami people, in the new settlement of Norwegian independence, were considered Norwegian citizens. «Tanken om at la stemmeberettigede norske borgere fremvises for penge er for usmakelig. Vi har derfor sløifet denne del.»

Second, available sources indicate that the group who played the Congolese villagers in Oslo were a travelling troupe. They were not assembled specifically for the Norwegian centenary but were established performers on some kind of European circuit. Slavery having been abolished in Europe several decades earlier, it seems probable that some kind of symbolic contractual relationship existed between the performers and their management, which would have mandated some kind of recompense, most likely, but without evidence not necessarily, at an absolute minimum, for their services.

A third, and perhaps most important, consideration concerns the way in which the Congolese Village was established and represented. Though it seems that some small communication was possible across the language barrier, the form and means of the Congolese representation in Oslo was determined by the organisers of the exhibition. The villagers were not only on display, but on display within a set regime, obligated to play a passive role in which their interactions were tightly controlled. Though there is no record currently available of the contractual restrictions under which they appeared, the fact that contemporary reports only describe encounters within the Frogner Park exhibition suggests that their freedom of movement was restricted. And though this fact in itself does not constitute firm evidence, it seems altogether likely that, altough they were resident in Oslo for several months, the ‘Congolese Villagers’ were prevented from exploring the daily life of the city.

With these three adjustments to the initial image of the Congolese Village in mind, we can perhaps begin again to think about its significance now.

The power relationships at stake, even in 1914, were not only those of now-departed cultural prejudice or European imperialist oppression, but also the political and economic realities of emerging capitalist globalisation. What made Benno Singer’s Congo Village possible was not only the racism of its intended audience, but the formalisation of a decidedly unequal relationship within the structure of global capitalism. If not for the political intervention of the exhibition committee on the grounds of Norwegian citizenship, there might have been a Sami village on display in the 1914 exhibition. Similarly, it seems likely that the performers who did populate the Congo Village were what in the contemporary euphemism would be called economic migrants, their subjagation not a matter of pre-modern enslavement but a rational consequence of the socio-economic relationships established by force between European capital and African land and labour. The Congolese Village was a profitable attraction because of its perceived exoticism, presented in such a way as to manipulate the cultural attitudes of the Oslo audience. But its creation was also a consequence of the political rights of citizenship, or their absence, and the economic subjagation of a group of performers proletarianised by the imposition of capitalist social relations following their colonialist expropriation.

In other words, it seems possible to map significant elements of the material conditions that made the production of the Congolese Village possible directly onto current conditions in the global capitalist labour market. People dispossessed by the force of capitalist imperialism, people whose unchosen nationality does not give them the same rights accorded to, for example, Norwegian citizens, are remade as unrealised potential workers, impelled to leave homes and families and undertake precarious journeys in search of some imagined marginal economic benefit, which ultimately can be found only by accepting working conditions which deny them the basic human freedoms granted in full to those who take the profits from the enterprise.

With this reading in mind, the significance of Cuzner and Fadlabi’s project is both historical and absolutely contemporary, since it has the potential to once again address the same, unresolved and still modern questions of the political and economic rights of all people, including, but not limited to, those colonized and oppressed by the European adventures in Africa. 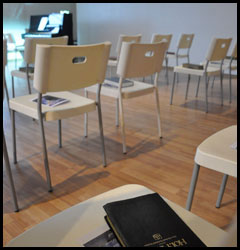 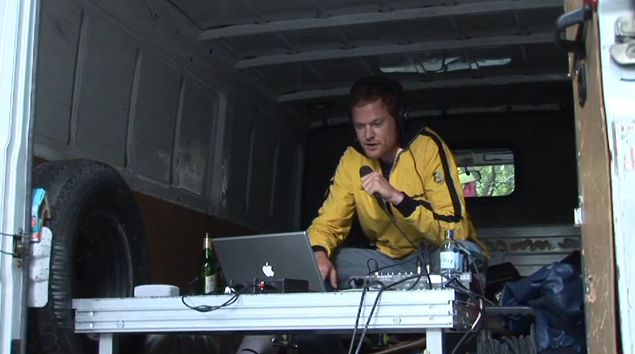 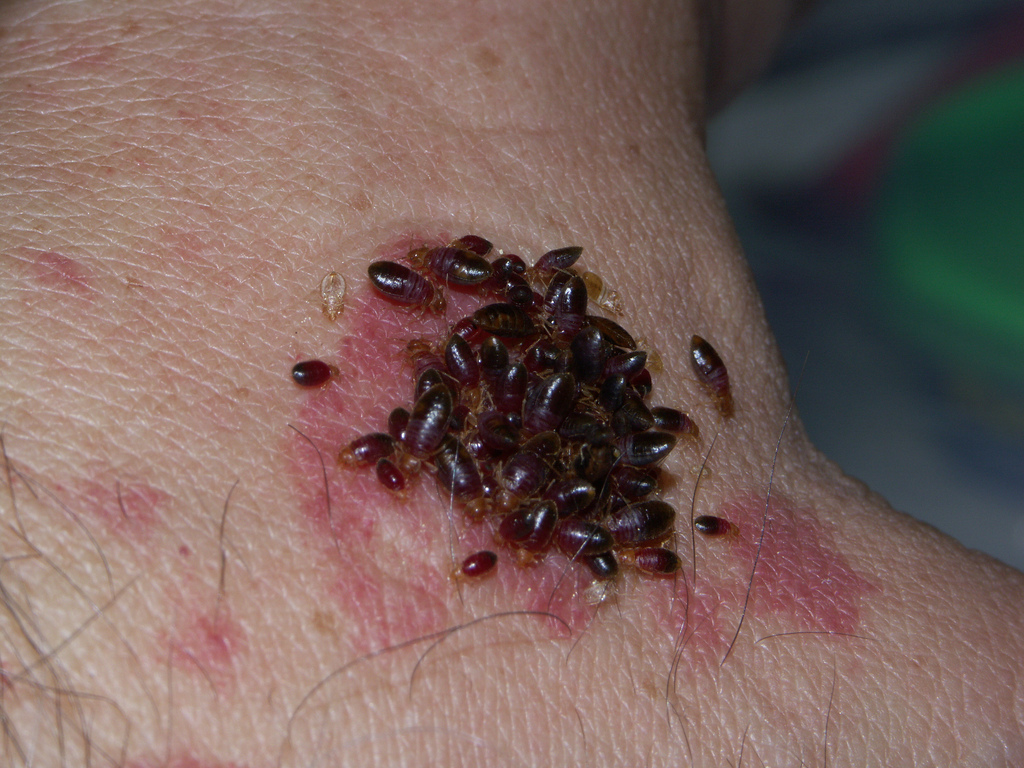