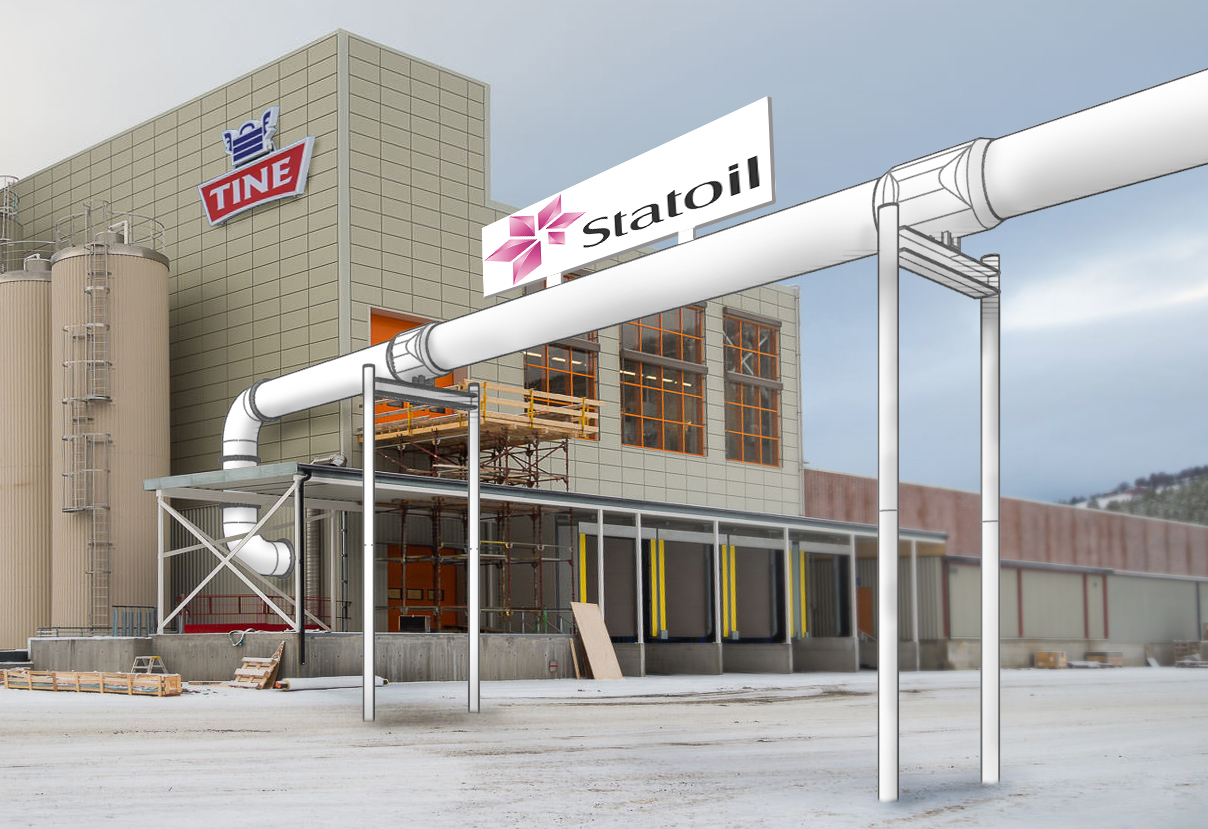 An oil pipeline transporting milk from Norway to Russia.

MILK PIPELINE by Cuzner and Fadlabi

Milk running through an oil pipeline from Tana in Northern Norway to the National Center for Contemporary Art in Nizhny Novgorod, Russia.

The Milk Pipeline-Milk Bar that opened July 15th started a couple of years ago when Valentin Diaconov invited me and Fadlabi to exhibit Scandinavian social democracy in the National Centre for Contemporary Art, inside the Kremlin, in Nizhny Novgorod, Russia.

It’s a long story, however, we ended up having to send a shipping container filled with Norwegian milk to the Art Centre in Russia. Here’s part of that story. 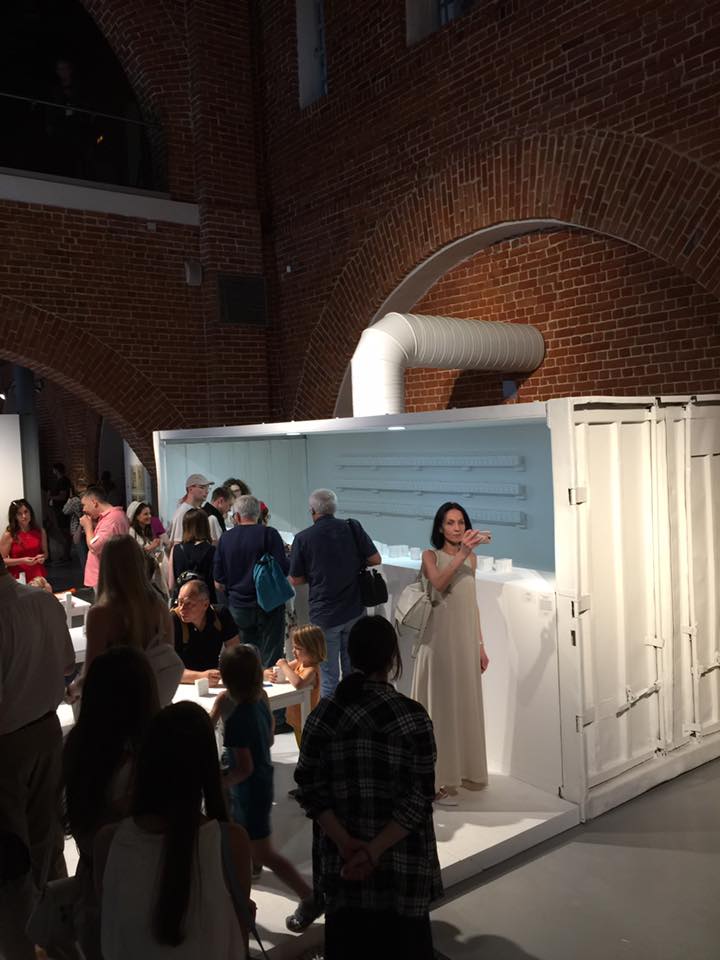 Originally, our suggestion was to export Norwegian milk to Russia via an oil pipeline (real pipes that Statoil provided us with) ending up at a milk bar in the art centre, referring to the 1930’s milk propaganda milk-bars in Sweden. Milk was at the time going through some major advanceus allowing everyone in the country to drink the exact same milk with the exact same taste and quality. The country was also in the process of adopting the new welfare state and milk would conveniently be used as the perfect representative symbol for the new system. The whole country could be unified, strong, healthy and, in the prime of scientific racism, white (something Sweden was one of the world leaders of at the time).

Now, we are not living in Sweden and our pipeline was to begin in our newly adopted country, Norway, Sweden also doesn’t share a border with Russia, Norway does. Norway was at the time of the milk propaganda era primarily concentrating its milk production for export purposes, and for a while, it was a strong export industry for Norway. But then came the oil. Even though fossil fuels is the Norwegian export product de jour, there is another export industry that Scandinavians excel at – the export of moral and ethical values based on its own perception of developmental superiority. So milk, marketed as an extension of the Scandinavian identity to this day, would still fit the bill. It is however illegal to export milk to Russia. An embargo that started in 2015. With all the arts money being thrown at the arctic regions right now the support as an art project was still feasible. There is a reason for this of course, white washing has turned into art washing. Statoil would, at the exact same time of our installation, be commencing the process of helping Russia and the USA with its oil explorations in the Arctic. In fact, they can’t do it without Norway’s help. However problematic this may sound, there was no cause for concern, because this whole project was understood as satire, and everyone knows that there is no weaker form of critique than satire. So we kept working.

The pipeline was very close to being realized, really fucking close actually. Statoil told us they would lend us real oil pipes for free, Tine Milk gave us permission to install the pipes at their dairy factory in Northern Norway, the National Art Centre in Russia was preparing on their en (at no small risk to the centre) and an award winning Danish/Norwegian film team was waiting for the green light. It would be one of the most ambitious art projects Norway had ever seen, and we had most of the puzzle pieces on the table.

And then someone fucked up.

An application was sent to Kulturrådet outlining what we had put together. All we needed was NOK 400 000 Kr. to transport and install the pipes on the Norwegian side of the border. This was where the snow ball effect of public funding in Norway starts, there really is no other option in big non-commercial endeavours. After that, other financiers would get on board. It’s how this profession works, and it’s not public art funding administrators job to blockade projects with support, momentum and high ambitions. In that sense their job is quite easy. That is, unless they get scared of course.

Shortly after Kulturrådets verdict to not support this project, I was contacted by Statoil (curious about the timing of this). They demanded that all logos and references of them ever having been in support of this project be erased from all documents and Internet!? Well fuck that, the logo Statoil paid millions for they can keep, but the history is ours to use as we please. Statoil is like Kulturrådet in the way that they would like to deal with critique. They claim that they welcome it, they even do silly little projects to find it, but that is just how they control it. It’s a dirty little game that raises a lot of suspicions.

But there is still a chance to finalise the installation of the pipes. Please contact Lars Cuzner for information. +47 41398393, x@larscuzner.com 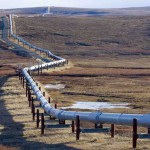 Our project is a collaboration with Valentin Diaconov (Russia), the National Centre for Contemporary Art (Russia) and Henrik Underbjerg of Stray Dog Productions (Denmark). This is an export of the Scandinavian nature and values, transferred and delivered via pipeline from Norway to Russia. The milk will arrive at a milk bar and served to visitors at the exhibition FOOLPROOF FEELINGS at Arsenal in Nizhny Novgorod. 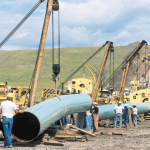 A project about the objectification of national identities through subsidised consumption. Subsidised milk bars. Milk entered mass consumption as the symbol for the new welfare state, a new kind of homogenised and easily digestible socialism.

The focal point of the exhibition will be the space of the bar, a relatively new type of location for interpersonal exchange in the context of Post-Soviet Russia. Capitalist production makes us constantly choose and purchase identities, and the space of the bar is one of the most important sites for that process, at once inviting and impersonal. So, a lot of pieces in the show will reference the rituals of meeting and conversing. The art will serve as an objectification or unmasking of the unregulated emotional, friendly or hostile exchanges that make up the social communion. Other artworks will address various states of social policy that regulates exchange – the Socialist past, the capitalist present and the plans for a fairer future. 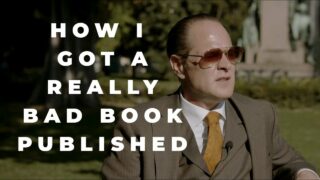 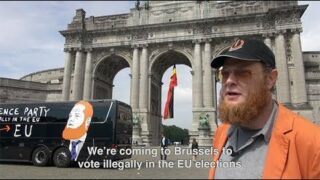 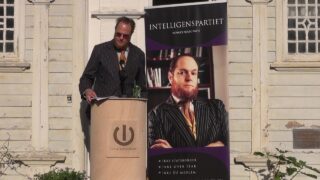 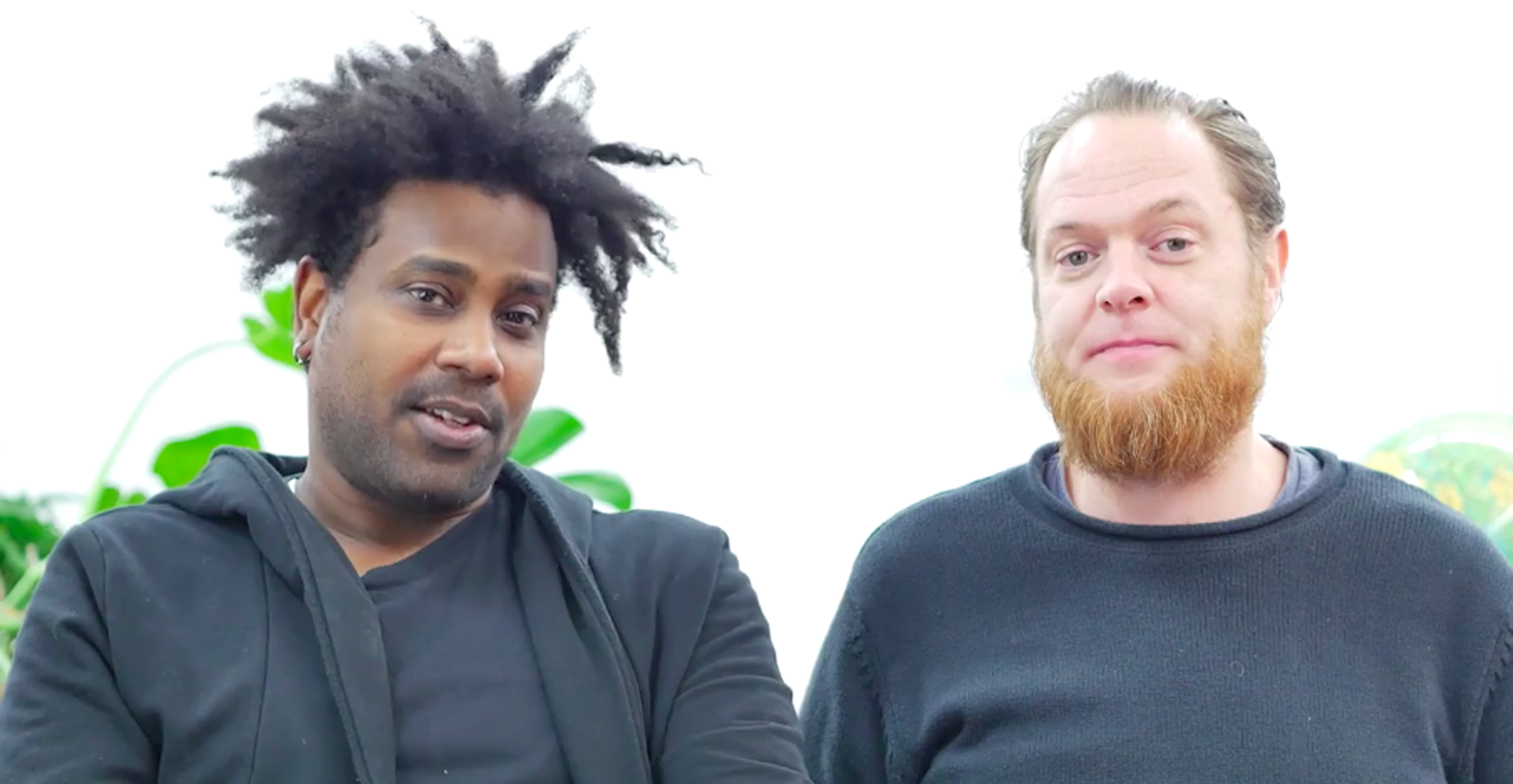 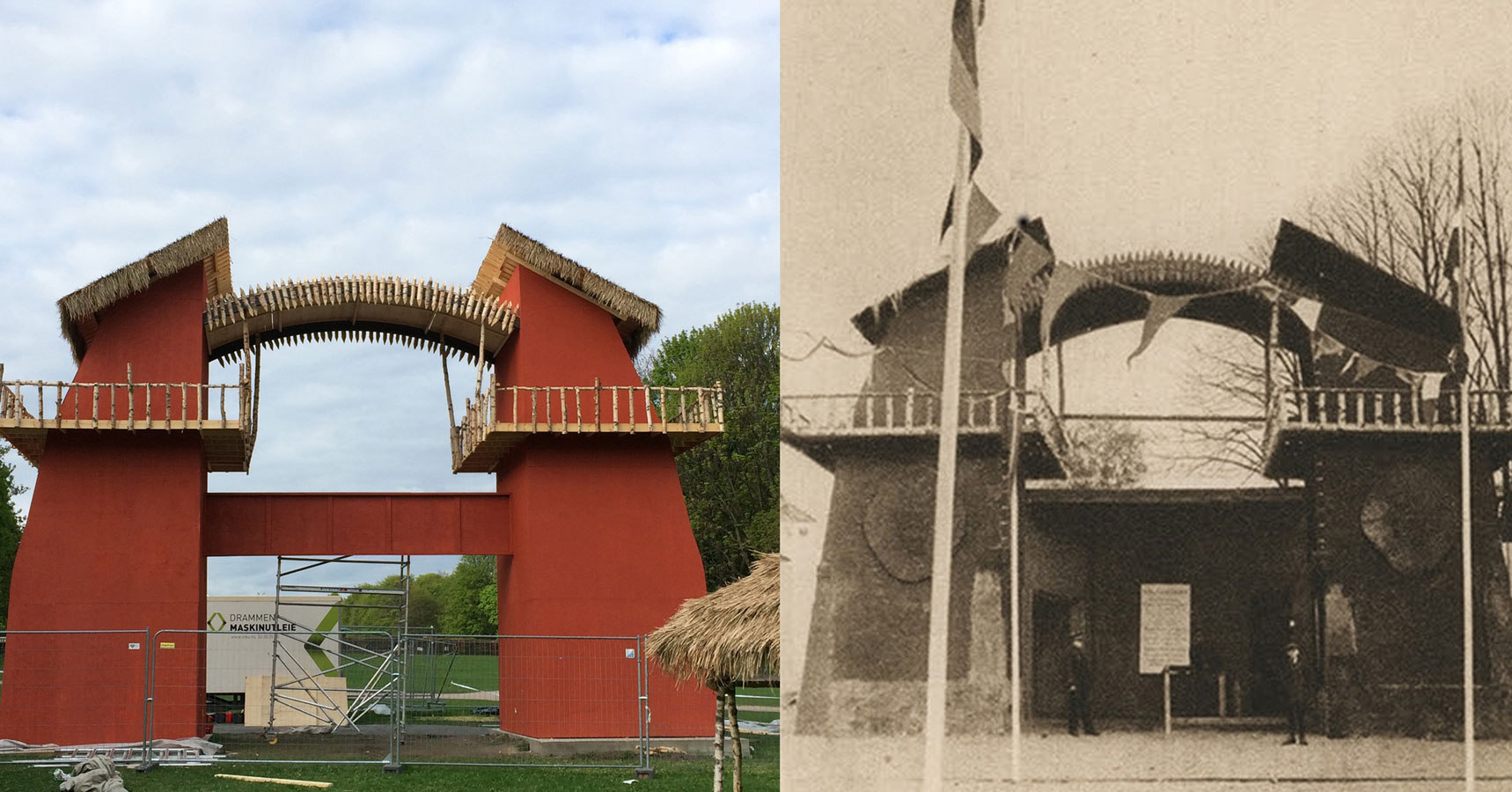 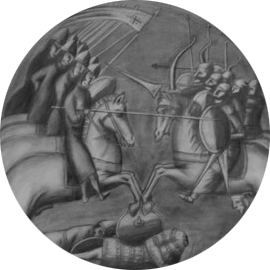 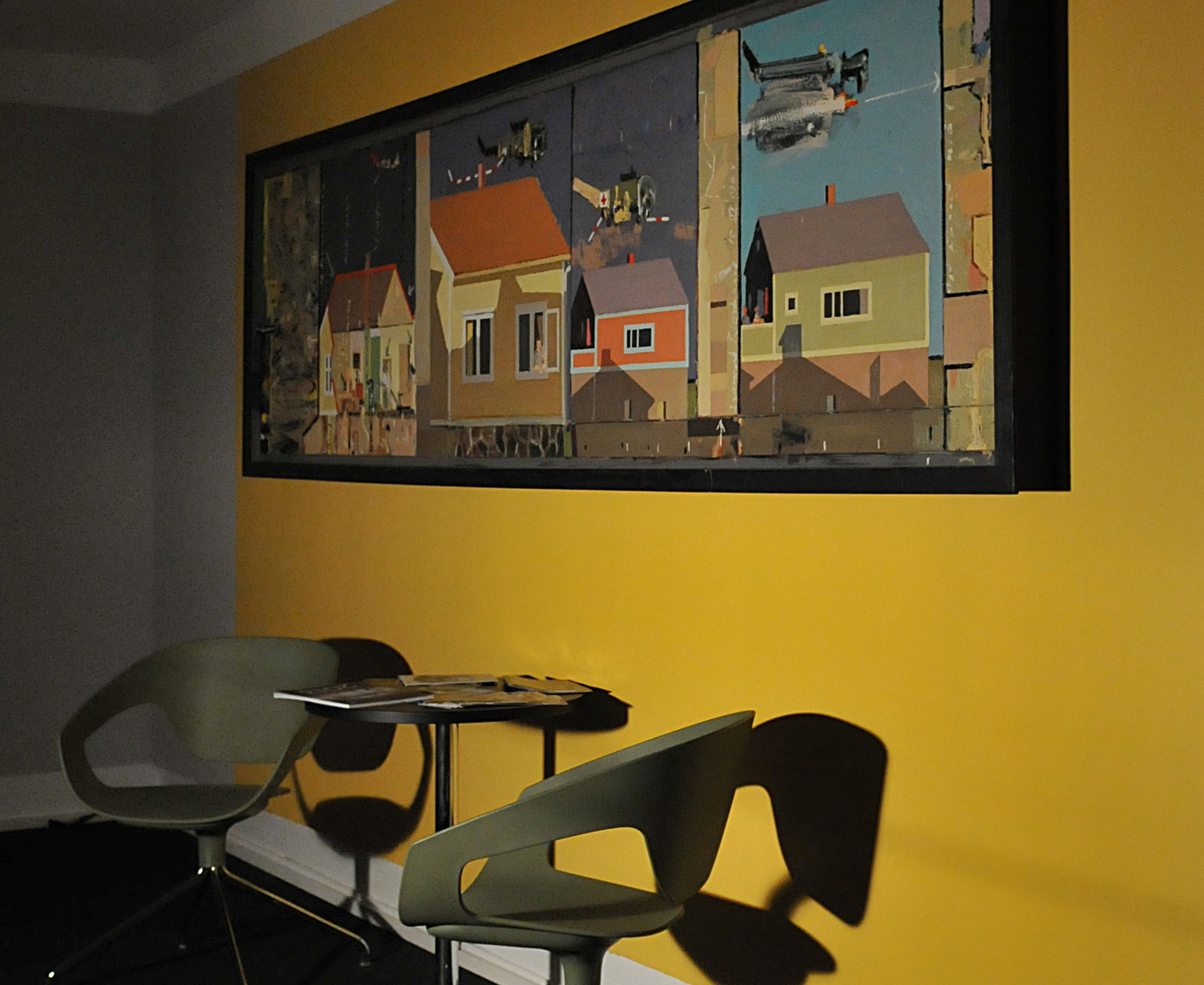 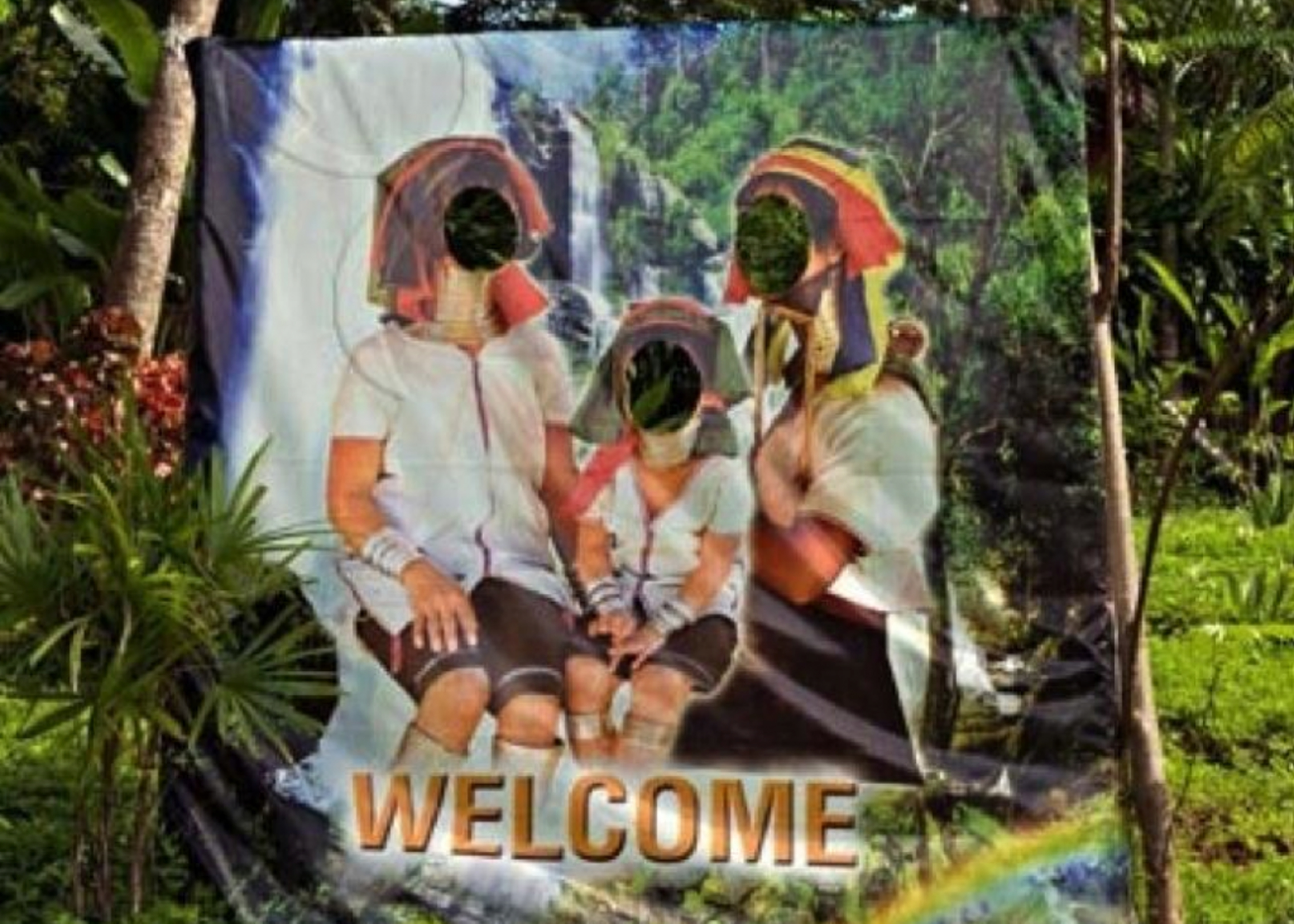 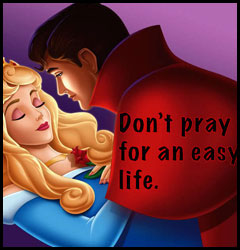