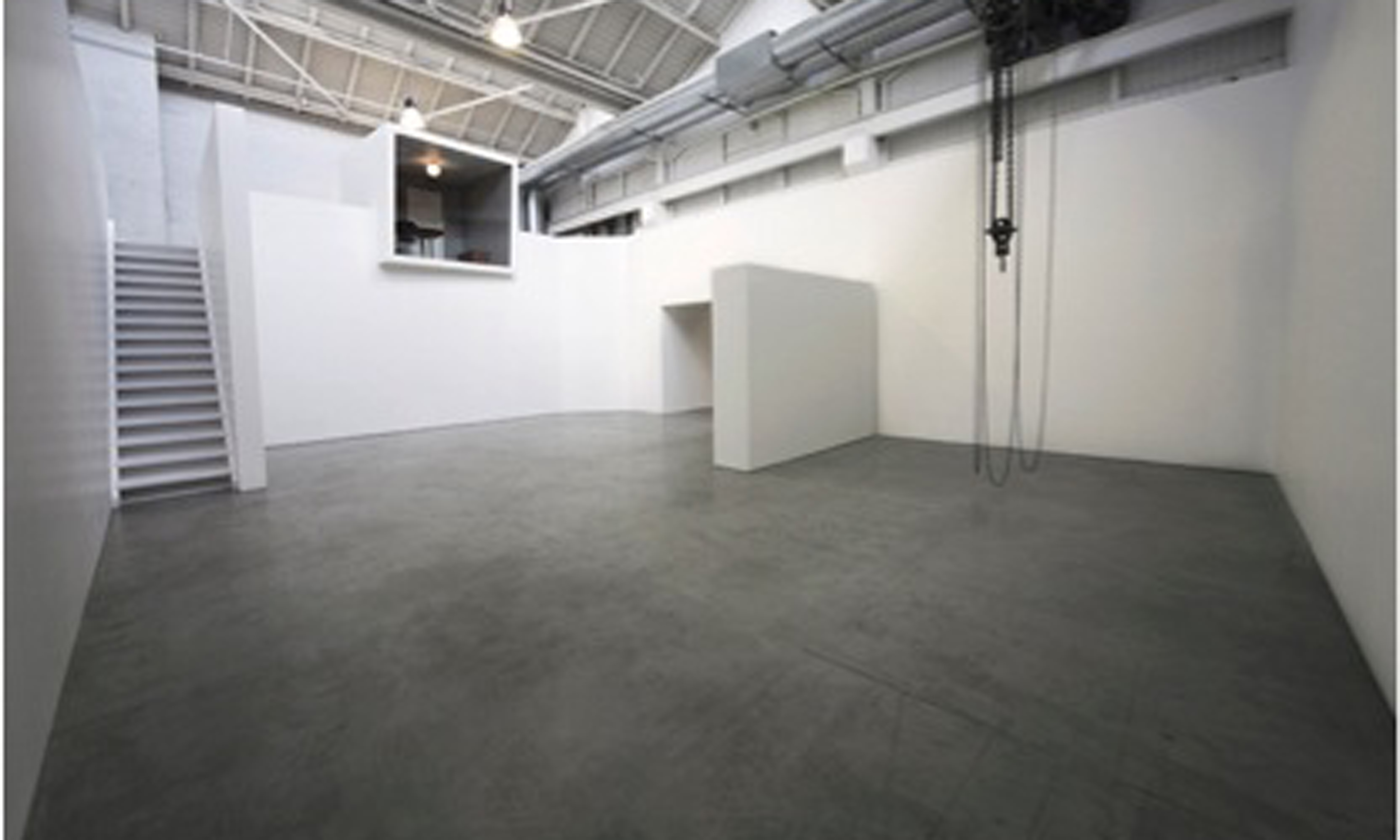 Fully confidential, one-to-one conversations, teetering four meters above the gallery floor, at UKS. Six participants signed up for conversations once a week for a full year. The conversations were not documented.

The box ended up staying there for 4 years cuz it was too fucking expensive to take down. It became a part of every show at UKS. I saw some documentation though, from some shows, that had photoshopped out the box.

Since everyone who participated in the project signed a confidentiality agreement (a contract which of course was destroyed after signing), it was difficult for critics to attain any real content information about the going-ons in the box. Art critic, Kjetil Røed, did however write a 60 page essay, “Lars Cuzner’s Conversational Ghosts”, which can only be described as bitter character assassination of me. Luckily no one seems willing to publish this piece of slanderous garbage.

Four years later, finally, an artist demanded the removal of the box for his show in February 2014. Here is a text and first documentation without the box “Plutselig utslett” by Line Ulekleiv.